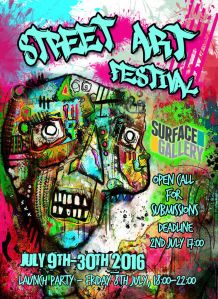 Creating and submitting my art into this exhibition was my way of coming back to illustrating and making art for myself once again after a long hiatus. I had lost my nerve and had my style stolen and felt like my wings had been clipped for want of a less obvious cliche but I had so much to say and facebook rants and tumblr feeds were leaving me underwhelmed. I had to throw myself and energies back into making art for me and women like me. I knew I wanted to make art that spoke to my and other Black British womens experience in the UK. Misogynoir (anti-black misogyny), sexism, lookism, colourism, also issues surrounding fatphobia, sizeism and natural hair all feature heavily in my work. I developed my collaged illustrative style in my diary and people that sneaked a peak of it would comment when they saw how I document time and feelings and would say things like…

‘Its a shame you’re not famous because your diary should be exhibited as a work of art, nobodies gonna get to see it’

So I actually use pages of my diary and digitally infuse them into my work as a backdrop to the portraiture of black women and build layers from there.

I travelled up from London to come to the show in Nottingham, it was full of people and music and conversation. I looked for my pieces in amongst the hundreds of pieces and found that they had been split up, in my eyes my pieces kind of lost their meaning and I felt that I couldn’t concentrate on any one piece due to the sheer volume of work exhibited. Scanning each level of the Surface Gallery I think that my pieces of art were the only artwork to feature non white people which was a bit disappointing, I think that they could use some more racial diversity in the artists chosen to be exhibited because Nottingham has lots of talented non-white Artists and WoC artists out there. Plus street art is one of the 5 elements of Hip Hop culture which is obviously black derived culture soooo?? I did think where are all the black people at?.

Saying all that Im glad that I used this exhibition as a catalyst to reignite my passion for illustration and making art for myself as well as others.